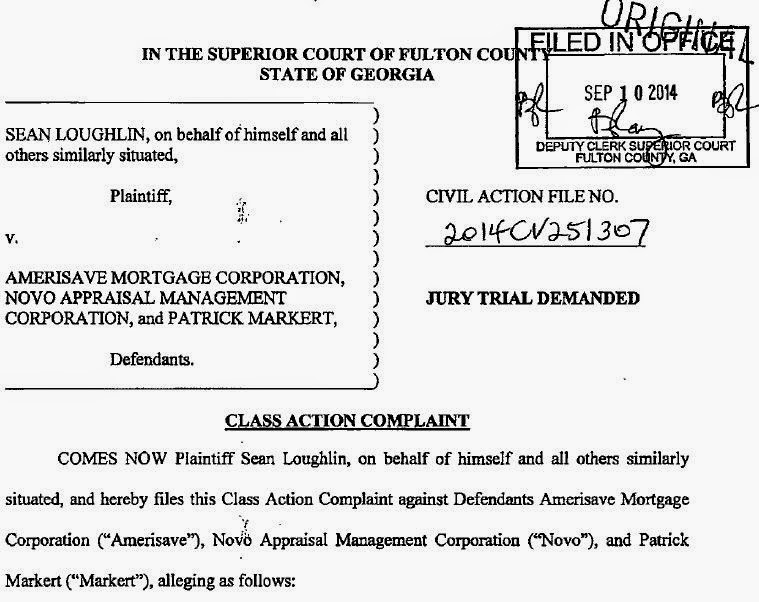 A consumer class action complaint has been filed against a lender and its AMC relating to the subject matter of a prior CFPB investigation and settlement.

Last August, the Consumer Financial Protection Bureau (CFPB) announced that it had taken action against Amerisave Mortgage Corporation, its affiliated AMC Novo Appraisal Management Company, and one of the owners of both companies Patrick Markert. Part of the CFPB’s action concerned alleged overcharging for appraisal services by the AMC and failure to disclose the AMC’s affiliation with the lender. Under a consent order, Amerisave and Novo agreed to pay $14.8 million in refunds to consumers and a $4.5 million penalty. Mr. Markert individually agreed to pay an additional $1.5 million penalty.

On September 10, 2014, a class action complaint was filed against Amerisave, Novo and Mr. Markert. The members of the class are alleged to be “all current and former customers of Amerisave and Novo who have been harmed by the corporate practices of Amerisave and Novo.” The legal
claim asserted on their behalf is that Amerisave, Novo and Mr. Markert violated the Real Estate Settlement Procedures Act (RESPA) by giving and accepting fees or “kickbacks” and failing to disclose the affiliated business arrangement between the parties. The complaint does not state the total amount of damages or penalties sought on behalf of the alleged class members but alleges that class members are entitled to statutory damages “equal to three times the amount of any charge paid.” 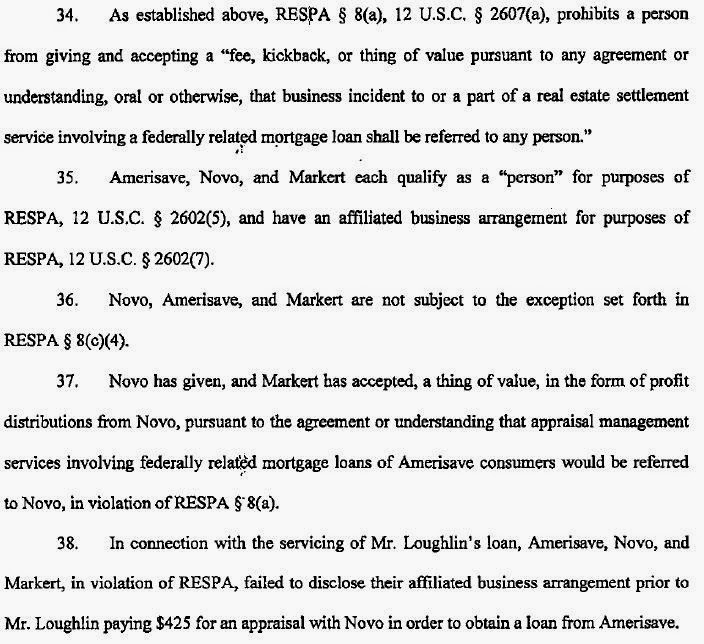 Originally filed in state court, the lawsuit is now pending in the United States District Court for the Northern District of Georgia.