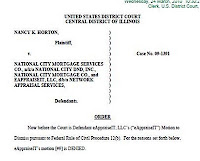 Many appraisers call and write us with regard to the hardships caused by being blacklisted by a lender.  Some appraisers want to know if filing a lawsuit would fix their problem — either with a court order or monetary damages.  As an insurance provider, we’re in the defense business, helping our insureds avoid risk and loss and defending them when they are sued for something covered by their policy.  However, as an attorney who is familiar with the appraisal practices at issue and who has litigated defamation and interference claims, I generally tell appraisers that litigating a blacklist problem against a lender or AMC is a long, potentially expensive path with a small likelihood of immediate personal benefit for the appraiser.  This kind of litigation isn’t long and expensive just because the defendants fight hard, but also because there are many valid privileges and defenses that apply to alleged defamation.  I offer these views with sympathy for appraisers who have had their businesses injured or destroyed by sometimes unfair and unsupported blacklisting practices.  The alternative paths that appraisers might choose to obtain relief include regulatory/administrative complaint processes and putting effort into the adoption of appropriate state regulations as more states pass laws giving regulatory authority over AMCs to appraisal boards.
The case of Horton v. National City and eAppraiseIT demonstrates just how long a path it can be when an appraiser files suit against a lender and an AMC.  I’ve tried to be neutral in describing the history of the case — I don’t know whether the claims have merit or not.  The plaintiff Nancy Horton is a certified residential appraiser in Illinois.  She appraised for National City for 11 years.  According to her complaint, most of her work was for National City during that period and she did an average of 390 appraisals per year for National City during the last several years.  However, in late 2005, National City placed Ms. Horton on its blacklist or “do not use list” on the basis of several reviews by an unidentified appraiser.   She alleges that the blacklisting was wrongful and that it violated National City’s own rules adopted pursuant to unspecified federal regulations.  She further alleges that the review appraiser’s statements (or statements attributed to the review appraiser) regarding deficiencies in her appraisal reports were false and that her efforts to rebut the review findings went without any meaningful consideration or reply by National City.

Ms. Horton filed the initial complaint in her lawsuit all the way back in October 2006, at that time only naming units of National City.  In an amended complaint filed in May 2007, Ms. Horton alleges three claims against the lender.  One claim is for “tortious interference with prospective economic advantage” — basically, that the wrongful blacklisting caused her to lose her appraisal work for National City’s appraisal unit — and two claims are for intentional infliction of emotional distress against the mortgage and appraisal units of the lender.
Ms. Horton filed another amendment to her complaint in November 2009.  In this amendment, she added new claims against National City — among others, she added a claim that National City defamed her by reporting the allegedly false information about her appraisal work to MARI (the Mortgage Asset Research Institute run by Lexis), which operates something like a centralized blacklisting service about appraisers and other real estate professionals that is sold to lenders on a subscription basis. Her new amendment also added eAppraiseIT as a defendant.  She alleges that eAppraiseIT also wrongfully interfered with her appraisal business and defamed her by republishing the same false information regarding alleged deficiencies with her appraisal work.
After Ms. Horton filed her amendment adding eAppraiseIT to the lawsuit, eAppraiseIT’s lawyers had the case removed from state court to federal court.  This is a common practice by large corporate defendants, whose lawyers often believe that they can more easily persuade a federal judge to dismiss a case before trial or whose lawyers are simply more familiar with federal court litigation.  The strategy also generally makes litigation of the case more expensive for the individual plaintiff.
The most recent development in the case — three and a half years after Ms. Horton filed the lawsuit — is that eAppraiseIT’s motion to dismiss the current complaint was denied on March 24, 2010.  The federal judge, new to the case, denied eAppraiseIt’s motion in its entirety, ruling that Ms. Horton’s claims for defamation and tortious interference against eAppraiseIT may go forward.  It’s not a ruling on the evidence — it’s just a ruling that, assuming everything in Ms. Horton’s complaint is true and will be proven, her claims are sufficient to state a case against eAppraiseIT.
Demonstrating the long journey that may be faced by an appraiser who chooses the same path, a trial in Ms. Horton’s case will not occur until June 13, 2011 — at the earliest.
Categories: AMC Litigation 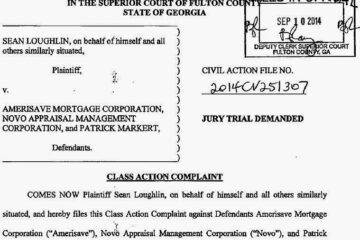 [Please note the author has no involvement with this case, other than reporting about it here. If you have questions about the case, please direct them to the attorneys representing the plaintiff, for whom contact information from Read more…